Arrest warrants have been issued against Sapna Chaudhary. He is accused of cancelling the show and not returning the money to the audience. Shantanu Tyagi, Additional Chief Judicial Magistrate of a court in Lucknow, the capital of Uttar Pradesh, while hearing the case, ordered the police to present him in the court in the next hearing.

On 14 October 2018, an FIR was registered against Dancer Sapna Choudhary at Ashiana Police Station, Lucknow. It was alleged in the complaint that on October 13, 2018, the show was organized in Smriti Upvan, Lucknow, but till late night Sapna Chaudhary did not reach the program. After that, the show was cancelled. Apart from Sapna Chaudhary, the names of the organizers of the program Junaid Ahmed, Naveen Sharma, Awad Ali, Amit Pandey and Ratnakar Upadhyay are also included in this case. 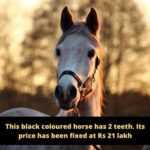 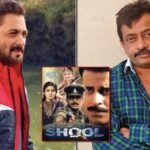