Binder Danoda has done amazing acting in “Chaudhar” web series. He Has done acting in such a way that we can’t even imagine. The story of “Chaudhar” begins in the village of Vijay Kheda. Binder Danoda is not a trustworthy child of the house. If there is a theft in the house, he will be the first to be suspected.

The conspiracy and game plan to win that happen in the village’s election, the same real thing has been shown in the trailer. Binder Danoda, Ramesh Chahal and everyone else’s actions are amazing in this series. And the most interesting thing about this web series is that the Haryanvi language has been used in this entire series. The scenes of the fight also look absolutely real. This story is directed by Shivraj Goyat. He has done wonders, such a great story and real scene play with amazing dialogues.

Subscribe to stage original and support Haryanvi artists also. This time the government is not allowing the Sarpanch Elections to happen, but after watching this web series, the feeling of real election will come. This web series is releasing on 25th September. 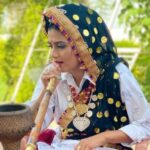 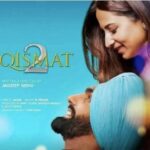