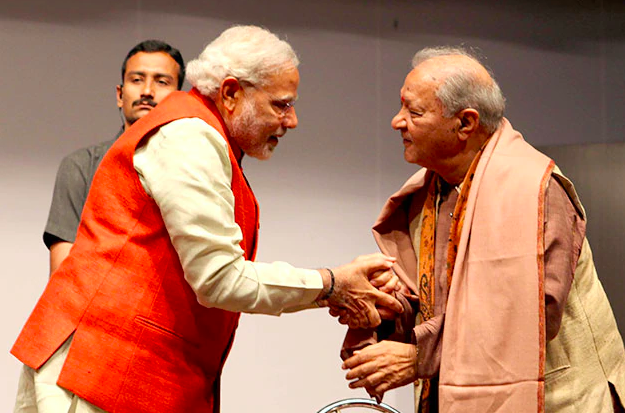 Kathak is the art of dancing. It is one of the eight major forms of Indian classical dance. The origin of Kathak is traditionally attributed to the travelling bards in of ancient northern India known as Kathakars or storytellers. Kathak performances include Urdu Ghazals and commonly used instruments brought during the Mughal period. 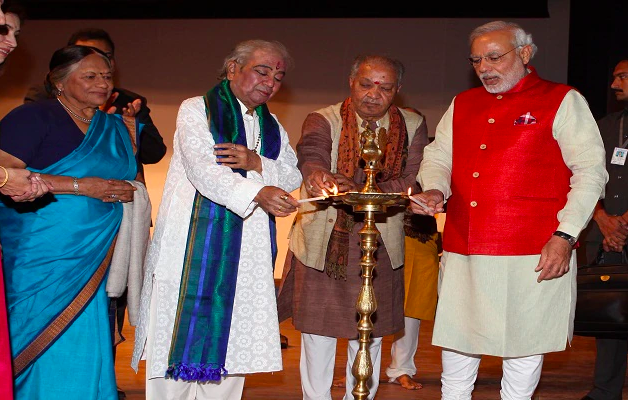 One of the most famous gurus of Kathak is Birju Maharaj Ji. He is really multi-talented. He has the art of singing, dancing and composing. He belongs to the Maharaj family of Kathak dancers. Even though dancing was his first love, he practices Hindustani classical music and is a vocalist. After his retirement in 1998, he opened his own school dancing ‘Kalashram’ in Delhi.
His talent of kathak is famous in the public. Many well-known celebrities have learned kathak from him. He is the ideal of many individuals because of this extreme knowledge in this dance form. He has choreographed the song ‘ Mohe rang do laal’ for the movie Baji Rao Mastani.

He always wanted to impart his knowledge to others, so he opened many dancing schools, to spread the beauty of Kathak. In the year 1986, he received Padma Bhushan awards. He has worked will all the age groups. Many celebrities follow his steps of dancing. They really idealize his beauty and smoothness in dancing. His video is available all over the internet and one can easily learn from them. Birju ji also has a youtube channel & website where he posts various elegant steps of kathak daily, one can easily access that and learn the art of dancing from him

When Maharaj was thirteen years old, he started teaching dance form at the Sangeet Bharti in Delhi. He uses to teach at Bharatiya Kala Kendra in Delhi and at Kathak Kendra. His students use to love him and treat him as God. In Kathak Kendra he was head of faculty and director, he retired in1998 after which opened his very own school name ‘Kalashram’ in Delhi itself. Being a great dancer, he was also a beautiful singer, so he composed the music and sang for two sequences in the Satyajit Ray’s Shatranj Ke Khilari and Choreographed the song Kaahe cheed mohe from the film Devdas in 2002,. 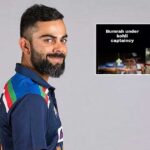