Katrina Kaif and Vicky Kaushal’s wedding is the hottest topic of discussion amid the media and VicKat fans right now. According to the latest reports, the couple is having a court marriage next week in Mumbai before jetting off to Rajasthan for their cultural and royal wedding in December first week. Scroll below to read the scoop.

VicKat fans are already going gaga on social media about their upcoming wedding in Rajasthan and now the news of ‘court marriage’ has made it merrier for them.

According to a source close to ETimes, Katrina Kaif and Vicky Kaushal are having a court marriage in Mumbai next week. Post that, the couple will jet off to Rajasthan for further cultural wedding festivities.

Katrina Kaif and Vicky Kaushal’s teams are already at the royal location of ‘Six Senses Fort Barwara’ which happens to be in Sawai Madhopur. It is really beautiful and you’ll fall in love with it at first sight.

Meanwhile, recently a source close to India Today revealed that both Vicky Kaushal and Katrina Kaif will soon send a formal note announcing their wedding to the media and their fans.

“Both Vicky and Katrina have cordial relations with the media and they plan to share the good news with everyone and make a public announcement soon,” said the source.

Earlier a source close to ETimes revealed about the wedding couture of the couple and said, “Their wedding outfits are being designed by Sabyasachi. They are currently in the process of choosing fabrics for the same; Katrina has chosen a raw silk number for her ensemble, which is going to be a lehenga. The wedding will take place in November-December.”

Okay, well we are living for VicKat’s wedding and can’t wait for their wedding pictures already.

What are your thoughts on Katrina Kaif and Vicky Kaushal’s court marriage reports? Tell us in the comments below. 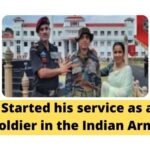 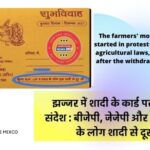