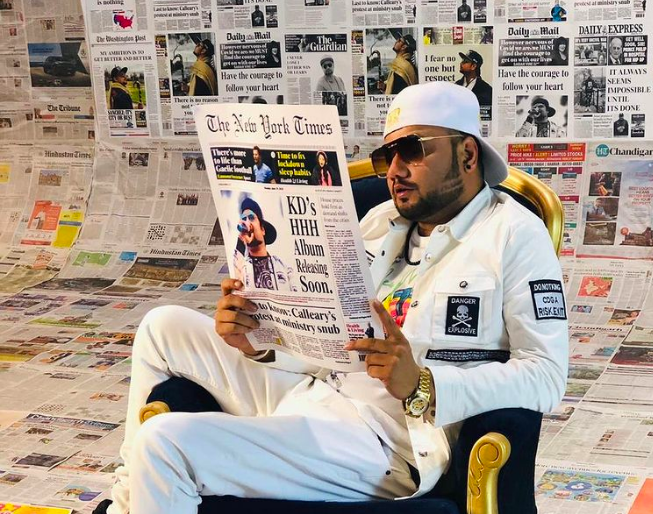 KD is a Haryanvi singer, Rapper, Lyricist, and Music Director.

Recently on Instagram, he posted a picture of himself from one of his photoshoots. The newspaper backdrop trend with a newspaper in the hand. That might just not be just a picture. Is he trying to give us a hint through that picture? Zoom in and focus, things get clearer that way. The headline on the newspaper he is holding reads, “HHH Album Coming Soon”. Yep, Just feels like cracking a whole new puzzle right here. This is the big news he is trying to tell his fans and audience through his post. No further details have been disclosed.

Kulbir the rapper has been a part of many hit projects. Two months ago, the song Beedi was released on the youtube channel of Nav Haryanvi. This song featured KD as the rapper along with RB Gujjar as the main singer. It took over the audience in no time and bagged 14 million views.

Talking more about his work, he has worked with many artists over the course of time in his career. Khasa Ala Chahar in song ‘Yaar Haryana Te’ is one of them. He has also released his originals in partnership with various music labels like Speed records Haryanvi, Sonotek Music, and more. His original single track Sikka and Yo Haryana Hai Pardhaan were a few of his viral tracks getting around 15 million views each.

He penned down the lyrics of the song ‘Desi Desi’, sung by Rajju Punjabi was one of his super hits. It got more than 33 million views.

In a small talk, he tells that ‘Faujiyon Ke Tambu Mein’ and ‘Umeed’ are his personal favorites.

It’s safe to say that he has given a lot to the Haryanvi Music Industry and has also learned a lot from it.

For updates about his new album, Stay Tuned! 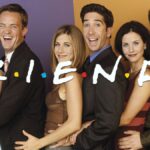 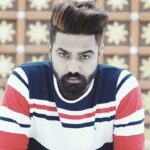