Mere yaar ki Shadi is a Haryanvi web series that is on Stage App.

The first part of this series was released a few years ago. It’s a story about a friend group, from that group one of them is planning to get married. Obliviously, He won’t get married easily he will have to face many hurdles to win his lady love. Hurdles are hilarious as well as emotional. Around these petty yet interesting things, the whole series revolves around.

Now with God grace, the makers of “ MERE YAAR KI SHADI” season 2 have announced the date of its release 21st August. According to the sources, This time the web series is coming with a special background story that will amaze all your hearts.

The series is brought to you by the application name “Stage App”. Actor Vishwas Chauhan will be a part of this series. The motion poster of this web series is very unique & interesting. It basically gives the invite to the public for coming and joining this journey of marriage.

Vishwas Chauhan has worked really hard to take this series to great heights. So guys see you all on 21st August for the premiere of its release. Till then stay tuned! 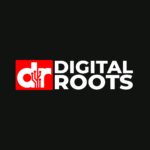