On the occasion of Sanjay Dutt’s 61st birthday, he surprised all his fans by unveiling the first look of him as Adheera.

‘KGF’ team have dropped a fascinating poster of Sanjay Dutt’s character “Adheera”. Prashanth Neel, director of “KGF” reveals the poster on social media and wished Sanjay Dutt a very happy birthday! The director expressed his gratitude towards Baba and thanked him for being a part of KGF Chapter 2.

The first look of the poster has created a lot of excitement and has become the audience’s favourite. According to the sources, the film is in the last stage of shooting which might start after the coronavirus. Raveena Tandon will make a special performance in this movie. Srinidhi Shetty will be playing the female lead role in this movie. Ravi Basrur is composing music for the movie.

Sanjay Dutt‘s birthday became an even bigger treat for his fans, as the massive poster is revealed on this special occasion. We all are looking forward to watching this piece of art. 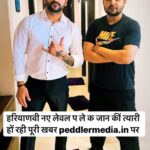 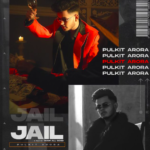