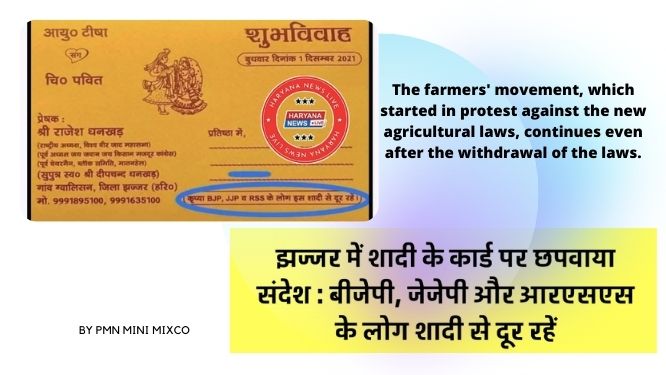 The farmers’ movement, which started in protest against the new agricultural laws, continues even after the withdrawal of the laws. Along with this, the opposition of BJP and JJP leaders is also going on in Haryana. The president of Vishwa Veer Jat Mahasabha, who lives in Jhajjar, has printed a message on the card of his own family’s marriage to stay away from the people of BJP, JJP and RSS.

Farmer leader Yudhveer Singh, who reached Ambedkar Park in Bawal, Rewari, on Wednesday, on Sir Chhotu Ram Jayanti, displayed the same card on the stage and called upon the people to remain united against the BJP, JJP and RSS. 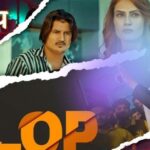