The film, which was supposed to be directed by Mahesh Manjrekar and produced by Salman Khan, got shelved.

Govinda is one of the biggest names in Bollywood. He ruled the box office in the ’90s and early 2000s. The entire generation grew up watching loud, slapstick comedy. But soon his career came to an end and he found himself sitting home for four years before started making his comeback with Salman Khan’s Partner.

When Govinda’s career was heading south, Bollywood‘s Godfather Salman Khan came to the rescue and offered him a role in Partner, which was released in 2007. The film went on to become a blockbuster but Raja Babu actor’s career didn’t seem to give a much-needed boost at that time.

Later, the 57-year-old actor was offered another film by Salman Khan, which he rejected the offer. It was a remake of the Marathi film Shikshanachya Aaicha Gho, which was supposed to be helmed by Mahesh Manjrekar. The Hero No.1 actor once opened up about why he turned down the role during a conversation with DNA.

Govinda said, “Frankly, I did not like the story. The father goes to the Chief Minister when everybody goes against him. But the fact is, he is the one who is at fault to begin with! (The film is about a strict disciplinarian father who canes his child into studying and ignores his passion for cricket.) I know the film was a big hit in Marathi but I do not agree with the concept. No doubt, I am hungry for work now, but it does not mean that I will do something that doesn’t touch my heart. Mahesh Manjrekar is a friend and when something good comes, I will work with him. As for Salman, he and I together are good for commercial masala films, not this kind of an ‘art’ film (laughs).”

However, the film, which was supposed to be directed by Mahesh Manjrekar and produced by Salman Khan, got shelved. Salman even opened up about shelving the film during a conversation with Hindustan Times. He said, “Our education system has changed (the premise of SAG revolves around the pressures of the Indian education system). Also, Govinda took the longest time [to decide] because he didn’t want to do it, but we were trying to convince him. Initially, I only wanted him to do the film. But then, the education system underwent a transformation of sorts as well. So then, there was no point in making the film.” 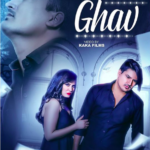 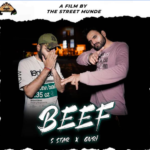