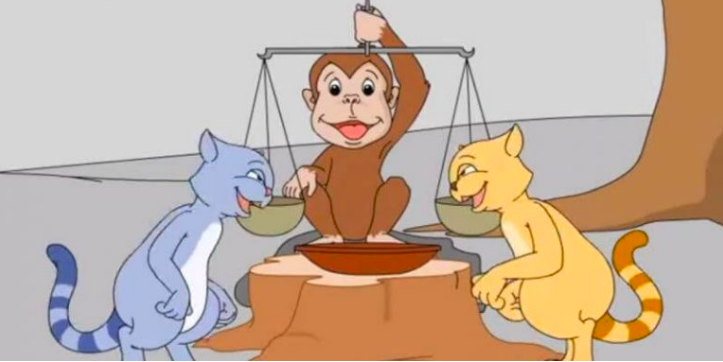 Nishant Pratap, a friend of Rp Singh takes to Instagram to abuse Miki Malang and his team on his stories. He recently uploaded a story in which he also tagged Miki Malang and all the other “Thet Desi”. 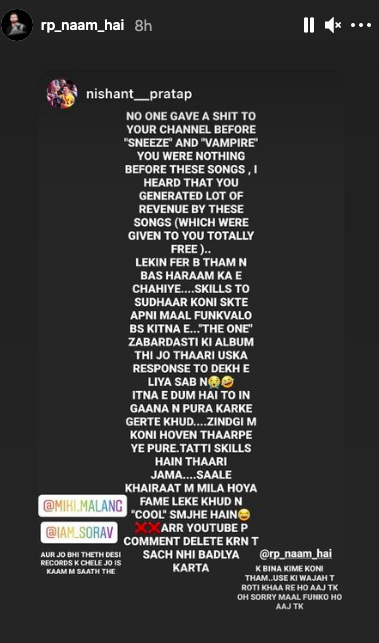 Miki Malang is the owner and founder of Thet Desi Records. It is a prominent music label in the Haryanvi Music Industry. They recently released a new album the ‘Recycle bin’. If you still haven’t heard it. It’s time for you to listen to some music. But before that, you’re here for some gossip. 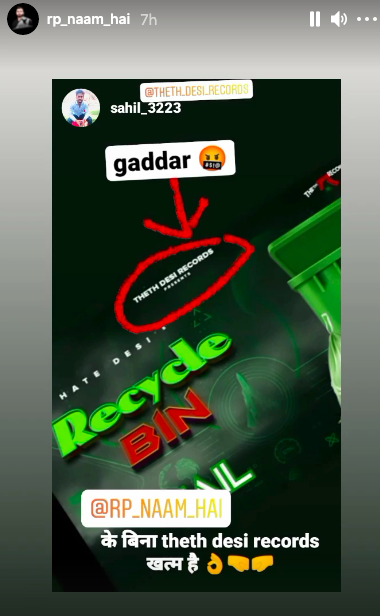 Nishant states that Miki was nothing before the songs ‘Vampire’ and ‘Sneeze’. It was only with these songs he collected so much revenue and became famous in the industry. But he also mentions that all Thet desi records want is ‘Haram ki fame’. Well, this is a controversial statement. Maybe it is spoken out of pure jealousy. Continue Reading to find out more. 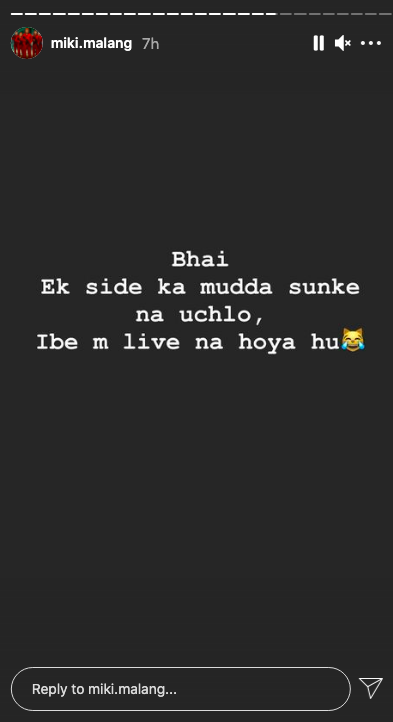 One after the other he says things like, ‘Skills Apni toh badhani nhi hai’.According to him ‘ The One ‘ album that was released recently was ‘zabardasti ki’ album.

He points out the kind of response this album got to support the fact. He calls his skills ‘tatti Skills’ out loud. He also tags Rp Singh and says that he is the reason why the team of thet desi records is living a good life till now. If he was not there, they would have been nothing. But, let’s just believe in what he says. The blame game is so strong and tense right here. Well, there are two sides to a coin.

Miki Malang reshares this story on his Instagram page. If they were at fault they would have surely asked him to take down the story, which might have affected their ‘fame’.But, our famous singer boldly posted a story and says, ‘ Bhai ek side ka mudda sunke na uchlo ibe main live na hoya hu’. This is all getting so spiced up. We have no further insights. We are all waiting for Malang Sir to come live on Instagram and throw some light on this topic. Let’s wait for them to reveal more details. Stay Tuned! 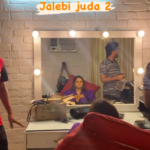 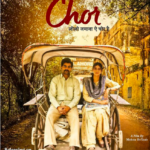