Actor Guneet Sharma, who is the latest entrant on the comedy television series ‘Tera Yaar Hoon Main’, has revealed that he is learning the Haryanvi accent required for his character by watching Bollywood films like ‘Sultan’ and ‘Dangal’.

Talking about the same, Guneet said: “Originally I belong to Jalandhar, Punjab. So I can speak in Punjabi, Hindi and English languages. This character Hudda demands a Haryanvi accent. So I tried to adapt that Haryanvi way of talking by watching movies like Sultan and Dangal.”

Throwing light on his character in ‘Tera Yaar Hoon Main’, Guneet Sharma added: “I am playing the role of a Haryanvi college boy whose name is Hudda. He is a fun loving guy. But at the same time he always tries to find reasons to fight with his juniors in the college, bullying and teasing them.”

Guneet Sharma says he draws inspiration from a real-life person for playing this role.

Guneet said: “There is a guy named Sonu in my hometown society. His character is similar to Hudda. In fact, when I got the briefing about Hudda’s character, the immediate person that came to my mind was Sonu. I tried copying his style of talking and his walk.” 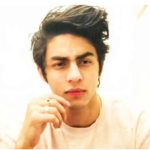 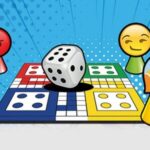