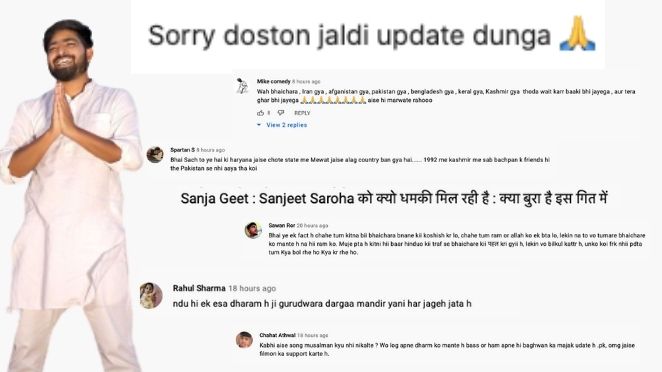 Religion is a very delicate issue in India on which revolt is done even if someone tries to unite everyone in India. This is always a controversial matter. Sanjeet Saroha penned a song ”Sanja Geet” to bring a sense of brotherhood in Hindu and Muslims, For this also society has objections too.

Sanjeet Saroha has just updated about the delay in releasing the date of this song through his Instagram account. In this video, he has apologized for the repeated delay of the song. This song is getting delayed due to many reasons but he didn’t share the reason. He will announce the final date of release of this song shortly through social media.

When Speed Records updated about this song on YouTube, then people commented on this video with different views and concepts. Some of these comments like “Always Hindus take the initiative for the brotherhood of Muslims why not they?” They never support our religion. “Those who cut cows and those who worship cows can never be brothers.” Some people talked about Ram Mandir in this issue. Everyone has their own point of view and freedom of speech. Some people say that why Muslims do not bring such songs, why do they never speak Ram when we can speak Allah?

Along with the controversy, some people also supported the lyrics of this song. Not everything is good for everyone and not everything can be bad for everyone. These comments can have a good effect on the song or they can also be very worse.

For more updates about this song Follow Peddler Media 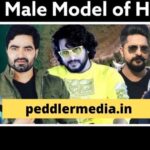 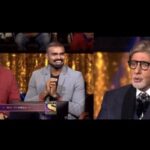