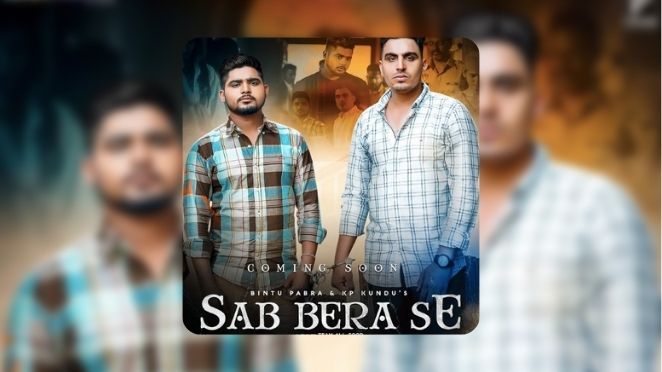 The people-favourite, KP Kundu and Bintu Pabra have finally announced an upcoming song which will be sung by the singer Bintu Pabra. The news was made public by KP Kundu posting the song’s poster on his official social media handle.

Is KP Kundu coming with a great surprise with “Bhagat Singh” Biography?

Sab Bera Se will be released under the label,  Topline Records on their official Youtube channel. The release date of the track is yet to be announced and the team just assured us it will be released very soon. KP Kundu and Bintu Pabra are the superstars of the Haryana music industry and talented artists, Their song “Dabya nhi Karte” brightened their career.

Music of Sab Bera Se is given by Bamboo Beats who previously produced ‘Shehar Ki Gali’ and ‘Desi Haan Ji’ for KP Kundu. Bintu Pabra has worked as both the writer and the singer of the song. Concept, Screenplay and Direction are done by Team All Good, which is soon releasing on the label, Topline Records.

Bintu Pabra’s debut song as a singer was ‘Dabya Nhi Karde’ that enjoys over 55 Million views on Youtube. Apart from this, Bintu Pabra and KP Kundu have also penned down songs for some big names of the industry like Amit Saini Rohtakiya, Ndee Kundu, AK Jatti PK Rajli.

So, we can say Haryana is shining in each and every field. Haryana is rising and developing day by day in the sports and entertainment field. 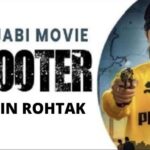 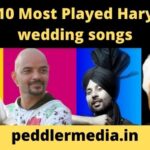