It is being backed by Saregama and Shreya Ghosal tuned the song to the lyrics of Arko.

Sidharth Shukla left a void in our hearts with his untimely demise on September 2. Fans, as well as, friends and family members were in disbelief. Shehnaaz Gill was visibly devastated and many cried just by the look on her face. There was the last treat in the form of their unreleased music video, Habit but that has now undergone changes. Scroll below for all the details.

Soon after Sidharth’s demise, pictures of Sidharth and Shehnaaz from Goa went viral. Later it was revealed that the still were from their unreleased music video. It is being backed by Saregama and Shreya Ghosal tuned the song to the lyrics of Arko. The romantic song was earlier titled, ‘Habit.’

SidNaaz fans were demanding the release of Sidharth Shukla’s last work. Owing to all the requests, Saregama did announce the release of the music video but with some unexpected changes. The music video is now titled ‘Adhura’ and one could see candle lighting on the poster of it.

Sidharth Shukla fans are upset as the makers did not even mention his hashtag in the announcement. Just not that, SidNaaz followers have lashed out at the creators for changing the title without the permission of the late actor as he did not sign up for the new version!

A user wrote, “You guys have to release the song the way #SidharthShukIa had signed it. People always appreciate His choice of projects & u guys R changing his decisions according to your Business. He didn’t sign for this sad song, so pls stop using the Emotions of his FANS. Pls, try to be HUMAN.”

Another wrote, “Did you guys change the song? #Habit is a peppy number right? What is this Adhura & all? Is this the poster? That’s how you release someone’s last project?”

Do you think it is fair to bring changes to Sidharth Shukla and Shehnaaz Gill’s music video? 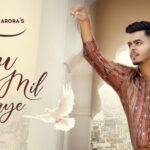 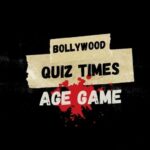