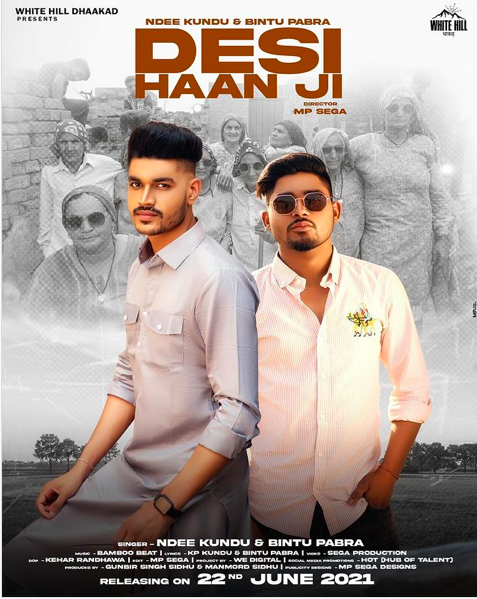 Last time Ndee Kundu and Bintu Pabra had collaborated in a song named ‘Dabya ni karde‘ which was a massive hit and had crossed views in millions. This time we expect the same josh & energy and we just can’t wait to listen to this epic song.

This song will become the greatest of all time as both of the singers are audiences favourites and this is the best collaboration ever. Both, Ndee Kundu & Bintu Pabra are about to launch their new track Desi Haan Ji. The poster of the song was released a few hours ago on White Hill Dhakaad ‘s official Instagram account.

It has created excitement among the people and they just can’t wait to listen to the song. The premiering date of ‘Desi Haan Ji ‘ is 22nd June 2021. The video is presented by White Hill Dhakaad. Ndee Kundu is a singer, writer and composer. He has 40k+ followers on Instagram. He has sung many famous songs like babu, curfew, superman jat, all of these songs have cross one million + views on YouTube.

On the other hand, Bintu Pabra is also a singer cum writer. He also composes songs. He is famous for songs like dabeya ni karde, salam and many others. Now they are back together with each other in partnership for their new track ‘ Desi Haan Ji. The music of the song is given by bamboo beats. Lyrics are penned by KP Kundu and Bintu Pabra. The video is by Sega production. The song is produced by Gunbir Singh Sidhu and Manmord Sidhu. Publicity and designing by MP Sega designs. The song will be released on the official YouTube channel of white hill dhakaad on 22nd June,2021.

This song will definitely become a super hit because it shows the love in people’s heart for their motherland. The desi touch of this song will win the public’s heart. Therefore, please stay tuned and do make this song a super hit. 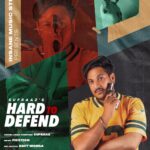 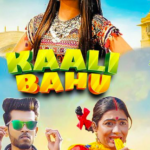