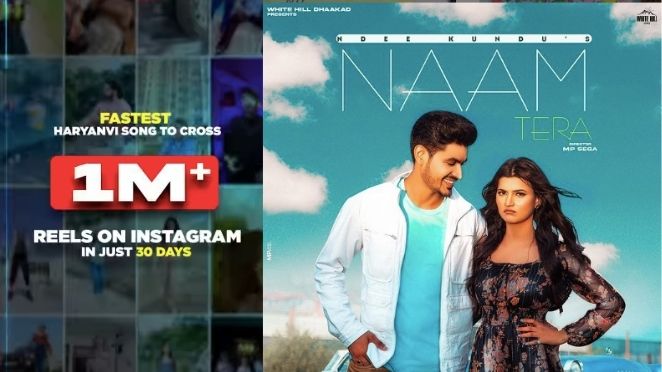 Ndee Kundu’s ‘Naam Tera’ Becomes Fastest Haryanvi Song To Cross 1 Million Reels In A Month. This song is continuously trending on youtube after its release and now finally crossed the milestone of 18 Million views on youtube in a month. As the soundtrack and lyrics of this song are very exciting and catchy that’s why this song becomes so popular on Instagram reels. Song has received a positive response from the audience and within days, it even set a new record.

Whenever we scroll on Instagram reels, the reel of this song comes after every second or third reel. So from here, we can guess how much this song is viral and how much people liked it. Ndee Kundu shares some Instagram reels of his fans and announces that ‘Naam Tera’ is the fastest Haryanvi song to cross 1 million reels on Instagram. He thanked his fans for their love and support. This song is a romantic one in which a boy expresses his feelings in front of his lover and proposed to her in a different style. And that girl gets impressed by him and both get-together.

Have you watched Naam Tera Song by Ndee Kundu?

Now let’s talk about the credits is directed by MP Sega. It is written and composed by Great Artist Ndee Kundu. The music in this song is given by Bamboo beats. Gunjan Katoch is a female artist. The whole team is brilliant and teamwork is unbelievable that’s why the song is a great success.

Peddler Media congratulates the whole cast of the amazing and wonderful song “Naam Tera” we really hope that artists keep on releasing such great songs and attract their fans as they always do. 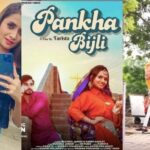 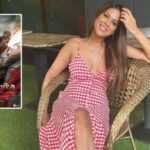