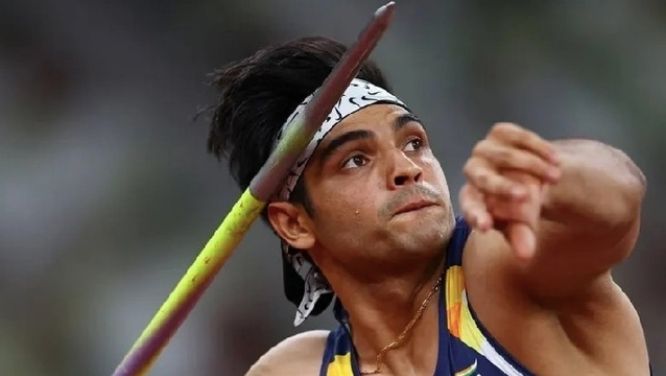 It was about fourth grade. He was fatter than the other kids. The children of the class teased him. One day he got so fed up and said, Now I will not go to study. Mother asked where is the bag. Said that he threw it in the well. … really the bag was found in the well itself. Neeraj Chopra’s childhood is full of such sour and sweet stories.

Villagers burst into laughter remembering their tales in the Choupal of Khandara, village of Neeraj Chopra, who won the gold medal in the Tokyo Olympics in Javelin Throw. In the relationship, Neeraj’s grandfather Bhupendra Chopra of Khandara village tells,

By the way, Neeraj was different from other children. He never got any complaint in the village. Yes, he used to get angry when children tease him because of obesity. Since then the family took it seriously and sent him to run at Shivaji Stadium in Panipat to reduce his obesity. From there, Nijju of the village became the son of the country.

Neeraj’s grandfather Dharam Singh has four sons. Joint family. Neeraj Chopra was born on December 24, 1997, to the eldest son, Satish. In the village itself, the midwife raised it in her hand for the first time. Says Satish, the first son was born in the family. Sweets were distributed throughout the village. They are four brothers. Neeraj became everyone’s beloved. There used to be a government school in Chaupal. Till there he studied till fifth standard. Was naughty from the beginning.

Playing with friends would come back covered in a lot of mud. Had we told him something, Dada Dharam Singh would have come in the middle. Don’t let me say anything. Grandfather would say, if the grandson will not play now, then when will he play? Today, due to his playing, he has become famous all over the world.

Dharam Singh laughs and says, many times children used to quarrel while playing. Due to being fat, he could not run fast. When running, the whole body shook. He was very fond of dancing in his childhood. Always playing any song starts thumping. Being fat, everyone liked his dances. The family members and relatives would like this gesture of his. When something grew up, it seemed that Neeraj’s obesity was not right. He was sent to run at Shivaji Stadium to be fit. There he liked the spear.

Recalling those days of struggle, uncle Bhim Chopra says, there was no bus facility from the village then. Take a bus from Matlauda. Come to the stadium. Sometimes bus is not available from Panipat in the evening. Comes sitting on someone’s bike. Because of this it would be night. He was so fond of playing that all the clothes would have been dirty.

When mother wanted to know about Neeraj’s childhood from Saroj Devi, she said, because of Neeraj, no one ever got reprimanded. Yes, he certainly did not listen to anyone on the day of Holi. Used to go out with friends since morning. We keep saying, come by noon. But he would say, today is Holi. And the evening would come, he would celebrate and celebrate the festival of colors. Have a wedding, a party in some house. He loves to dance. We had no idea that Neeraj would become such a big player.

We don’t even have his childhood photo. Father Satish interrupts and says, I have not had the luck till now to get a good photo with him. Had it been known that Neeraj would become such a big player, he would have kept all his things in the diary. Saying this, while putting his gaze on the mustache, he says, come on, Neeraj has become the son of the country now. 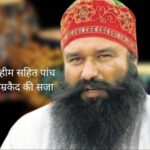 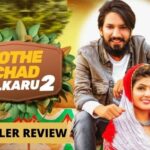