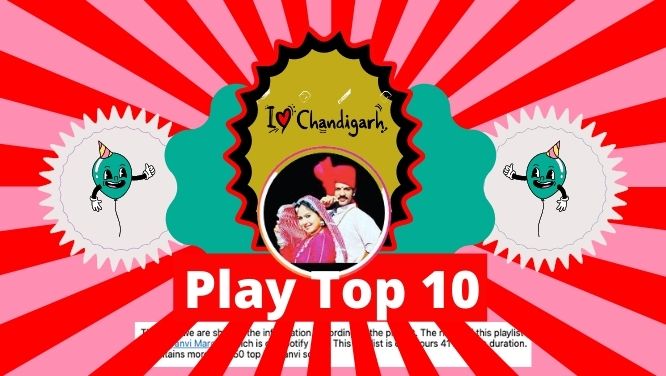 In the month of August, many blockbuster songs were released, among all of them we have shortlisted a few. Have a look! Scroll Below.

Iconic song 52 Gaj ka daman by Renuka Panwar is the first Indian song to hit the milestone of 1 Billion. A few days back Renuka Panwar & Asees Kaur released the remix of this track in Hindi Version. The song is so vibrant and energetic that it will compel you to groove on it. It was premiered on 11th August and has already crossed 21 Lakh + views on youtube. It has become Party Anthem of the year.

Singer Gulzaar Chhaniwala unveiled the song “SIMPLE” on the date of 4th August 2021. This song is based on “Bholenath”. It is one of the most unique songs as it shows the love and devotion towards Lord Shiva. It is presented to you by White Hill Dhakaad. These songs are available on all the platforms namely, Spotify, Wynk, Gaana, Amazon Music and others. If you haven’t listened to the song, then have a look at it.

Darmi cool by Ruchika Jangid comes at 3rd number on the list. In this song, Ruchika Jangid & Kay D are seen together. Their chemistry is something that is worth watching. This song has crossed about 9 Lakh+ views on Youtube. Its lyrics are written by Dakesh Kamboj Khera. It was released on D2K’s youtube channel on 12 August 2021. Darmi cool is one of the songs which is most played at parties and any other festivities.

Radha by Kaka WRLD was released on 10th August 2021 on Pellet Drum Productions’ Youtube Channel. The Radha song is a divine melody dedicated to all those people who are madly in love and they keep on thinking about their loved ones. For those who are willing to go miles for their love without anyone. This song is written, composed, and sung by one of the most determined & growing singers in the industry. If you haven’t listened to this song then you are missing something amazing.

Gaama aale by Gumnaam feat KD – Desi Rock is on the 5th number on the list of top ten songs. The song “Gaama Aale” is sung by Gumnaam along with KD. The lyrics are penned down by Gumnaam and KD – Desi Rock as well and composed by Ghanu. The setting of the song is very interesting and fun, gives us good vibes. If you haven’t listened to this song and you must listen. Tune in to Times Music’s youtube channel and make it a super hit.

Haryanvi singer Khasa aala Chahar’s song Desi Desi is on number 6. When it comes to guessing the top singers of the Haryanvi industry one name which comes on our mind is Khasa Aala Chahar. The singer has been releasing some mind-blowing songs for a very long time. This time his track “ DESI DESI” comes on the 5th number. “DESI DESI” is a song that shows the culture and old school vibes. It makes us happy to realize ‘We are proud to be Desi’. The music is composed by Ghanu Music. Its music is loved by the public a lot.

Lal Dupatta sung by Vishvajeet Choudhary featuring Lakshita Parmar ranks on number 7. When the song’s poster was released it created hype among the audience and when its full video was out it became a massive hit as soon as it got released. “Lal Dupatta” has crossed 3 million views on youtube. The song is both romantic as well as fun. It is one of those songs which will steal the show in your many kinds of festivities.

Tera Bhai breaks all the records by ranking at number 8 on the list. It is sung by Amit Saini Rohtakiya. The singer never disappoints his fans and audience. Whenever his song comes, he does his best to make them unique. Song “ TERA BHAI” is written by Aamin Barodi. The track defines the brotherhood among the friends. So If you love your friends or someone then this song is the accurate one to jam on.

Bahu nai Naveli is sung by Mukesh Foji. In the video of this track, Pooja Hooda & Pradeep Boora was seen together. Their acting was on the top. Overall, the music video depicted a story of a Fauji, who is serving the nation and his wife. The storyline of this track is something to look upon. The sound effect & lyrics are very attractive. The direction is given by Team AB. Within a few weeks of release, it crossed about 3 million + views on youtube.

Pulkit Arora’s song JAIL is on the 10th rank. Pulkit is one of those artists who has been working consistently to reach great heights. Well, he has given many amazing songs to this industry, Jail being one of them. It is brought to you by White Hill Dhakaad and has crossed 2 Million views. Its video is very eye catchy and one can watch it many times without getting bored.

So, these were the top 10 tracks for the month of August. Peddler Media have ranked all of the songs that were released in August according to their popularity and views on YouTube. We, really hope to see more great songs in the month of September that will take the Haryanvi Industry to great heights. 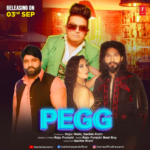 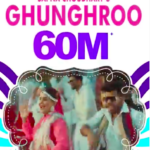